This is the Greatness of Phil Ranallo, a Great Father, a Great Man, leaving for all time some of the Greatest Columns in American Sports History. 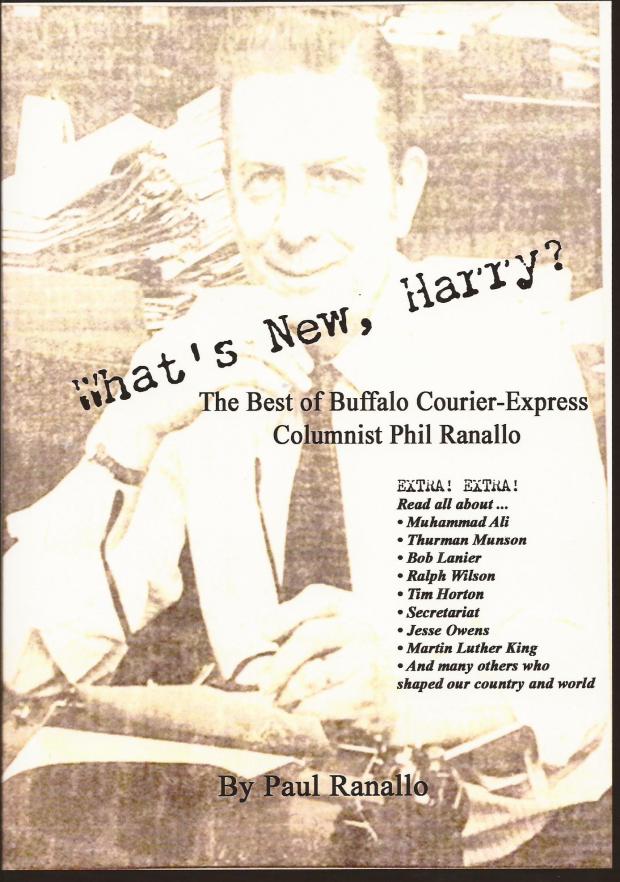 The What’s New Harry?  sports book is a collection of some of my fathers greatest columns.  Whenever there was a major sporting event it was his column that brought his readers the dramatic blow by blow details of that event. He had a unique way of conveying every detail of that event using few words. He also wrote about politics, friends  and family.

The columns in this book are as alive and dramatic today as they were when my father pounded them out on his Olivetti Underwood typewriter and delivered them to the Buffalo Courier Express newspaper many years ago.

It all started with Phil Ranallo’s father, Anthony Leonard Ranallo, (above), he came here from Italy and opened a newspaper distrubitution business located at Main and Exchange  Street  in Buffalo New York.