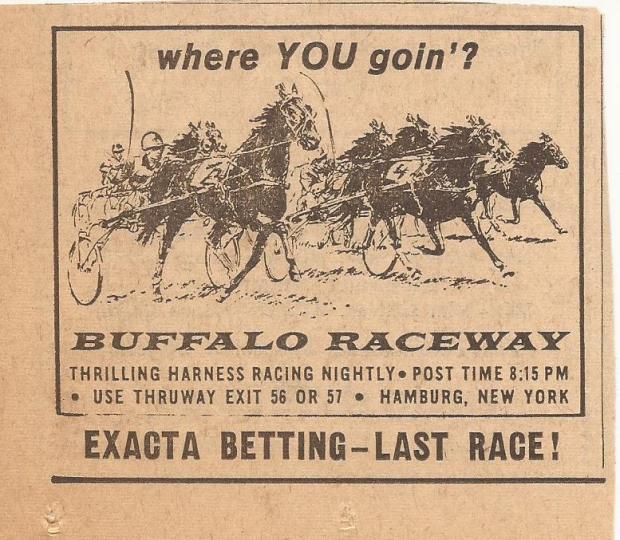 Jimmy Dunnigan opened Buffalo Raceway in nineteen forty-two, after his father, the late State Senator John J. Dunnigan, led the way to legalizing pari-mutuel betting in New York State.  Jimmy made it a success and became a multi-millionaire. He stayed to his roots and became one of the most charitable men that ever walked these parts.  His good deeds remained silent to others including the media.  Although Dunnigan was only five- feet four inches tall, my father, the late Courier Express Sports Columnist Phil Ranallo called him  the “Little Giant.”

Dunnigan placed all of his money on the table in a business venture that failed in Phoenix Arizona, the track was called Phoenix Trotting Park. You can see some amazing videos on YouTube.  He lost everything; he suffered a stroke and two heart attacks and was also confined to a wheelchair.  He was hospitalized for eighteen months.  He recovered and made a huge comeback in establishing harness racing in the state of California.  Jimmy Dunnigan,  “The Little Giant” passed away in 1983. His life was an inspirational story. Please take the time to read the columns my father wrote about Jimmy Dunnigan. 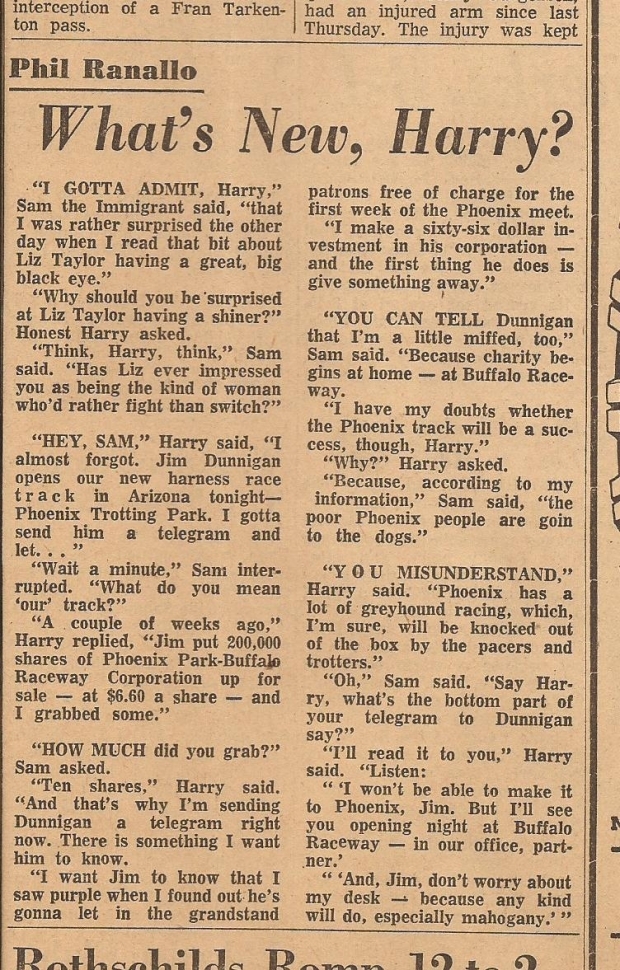 This video shows how Futuristic the Phoenix Trotting Park was, Jimmy Dunnigan was ahead of his time.

Tar Boy, considered by many to be the greatest pacer bred in this area drew record crowds at Buffalo Raceway. He was trained and driven by Levi Harner.  Credit Artist Robert Reiger for the above. To all at Buffalo Raceway, Thanks for the Memories.