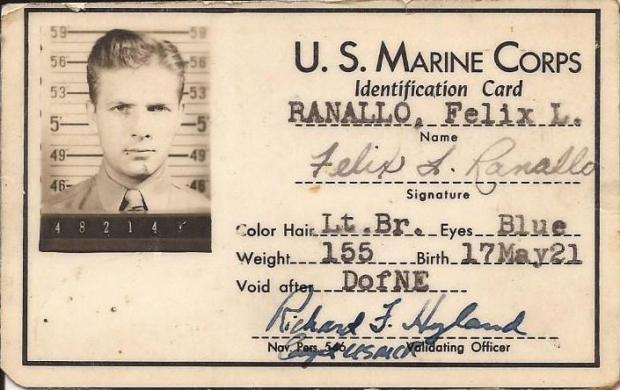 My father joined the United States Marine Air Corp in WW2  and became a Tail Gunner on an SBD Dauntless Dive Bomber. Above is my fathers United States  Marine  Corps Id card.

Above is my fathers Certificate of Graduation from “Bombing and Air Gunnery School” November 27, 1943. My father was 22 years old at that time.

His actual WW2 Marine Air Corp Flight  book is above.

The Commanders soon discovered that he was an accountant and a journalist so they transferred him into the Intelligence Department and made him in charge of Statistics in Okinawa, one of the bloodiest battles of WW2.  My father  was only 23  or 24 years old at that time. They also promoted him to Staff Sergeant.  His Commanding General, L. E. Woods was born in the small town of Fredonia New York, close to my fathers home town of Buffalo New York.   My father seldom talked about the service, I can see why after I did some research about Okinawa. They called it “The Violent Wind of Steel” – “The Rain of Steel ” and more. We lost many  lives in that battle. I sat in disbelief as I watched the movie “Hacksaw Ridge” a  Heroic Story about the Battle of Okinawa. (Actual Commendation above).

Above is a photo of my father’s United States Marine  Commander,  Louis E. Woods. Photo credit to Wikpedia.      Learn more about Commander Woods :

That’s my father in the photo above with his right hand extended to his buddy’s chin at camp. He told me stories about having no food to eat for days while in combat.

This is a photo of my mother and father during the WW2 era.  She became a character in his column, he called her “Ruby ” in the column,  he gave her that name because Ruby was the name of his favorite song by Ray Charles (her real name was Dorothy Virginia).

This is my father’s Honorable Discharge from the United States Marine Corps.

He resumed his career at the Buffalo Courier Express newspaper in 1945 and became a Columnist at that Great Newspaper. He also became a professional Handicapper.  He was the only handicapper to pick the first  three horses in consecutive order in the 1964 Kentucky Derby and won a set of Mint Julep Cups and a cash prize. 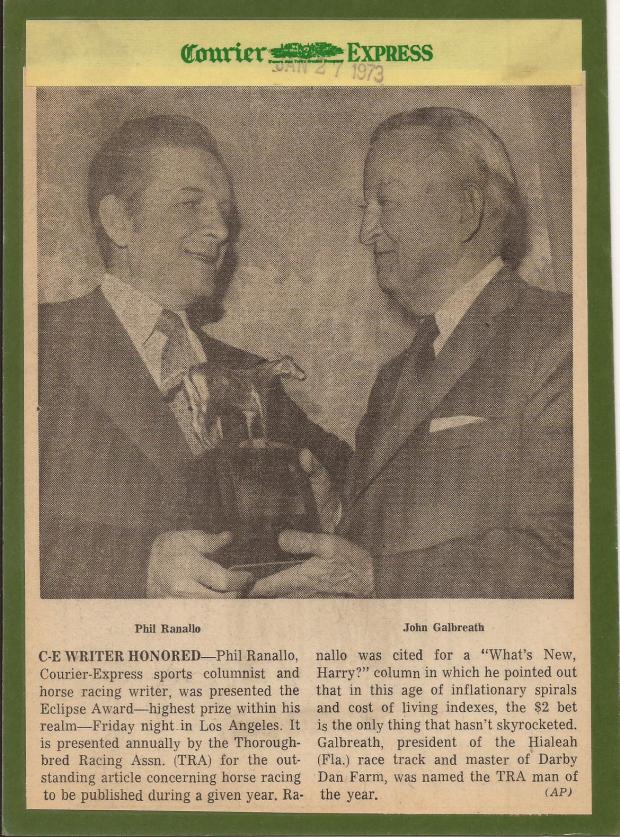 He won the Eclipse Award for outstanding writing in 1972.

The Eclipse award program is above. 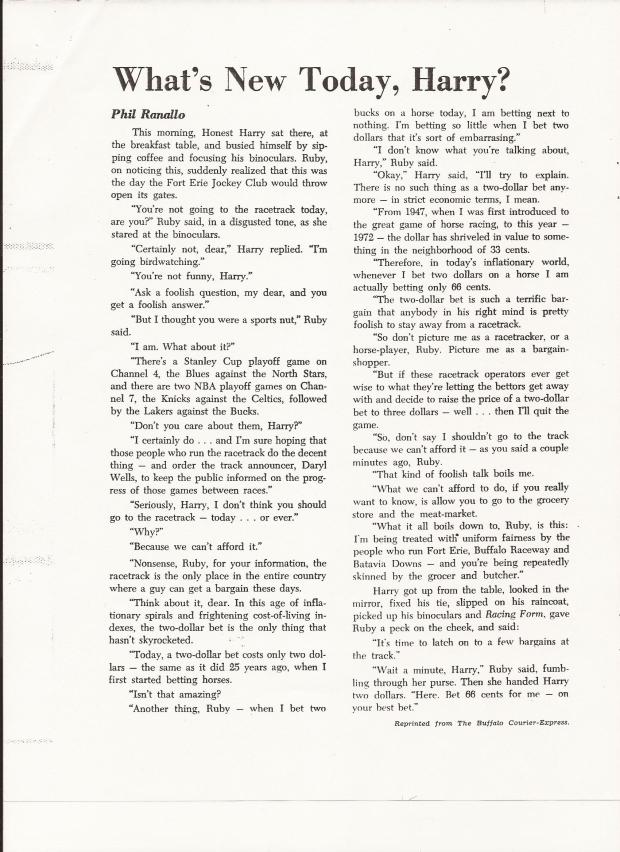 Above is a  reprint of the column that won the Eclipse Award. The column talks about how the two-dollar bet is a deal because as time goes on it still cost two -dollars. He mentions Hall of Fame Race announcer Daryl Wells in the column.  Ft. Erie Race Track in Ontario Canada was his favorite place to be.

He held one job his entire life, he worked in the Sports Department of the Buffalo Courier Express newspaper which was owned by the Conners Family in Buffalo NY. He became a Sports columnist in the mid 1960’s.  The Buffalo Courier Express went out of business  on September 19th, 1982. Above is the last edition of the sports section of that Great Newspaper. My father never wrote a single word after that outstanding newspaper closed its doors.

My father  passed away in 1986 and was inducted into the Greater Buffalo Sports Hall of Fame in 1998. As you can see, he is in good company. 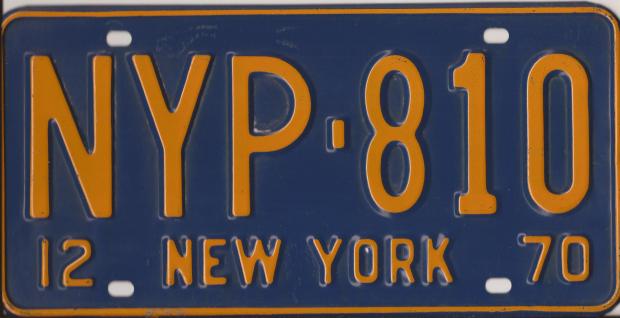 Above is my fathers NYP-810  New York Press registration plate.

In 2016 I published a book collection of some of my fathers greatest columns.  I preserved the Great Work of the World War 2 Marine Journalist.

Phil Ranallo, AKA  “Honest Harry”  wrote from the Heart.

My father was inducted into the Greater Buffalo Sports Hall of Fame in 1998, see video above.. 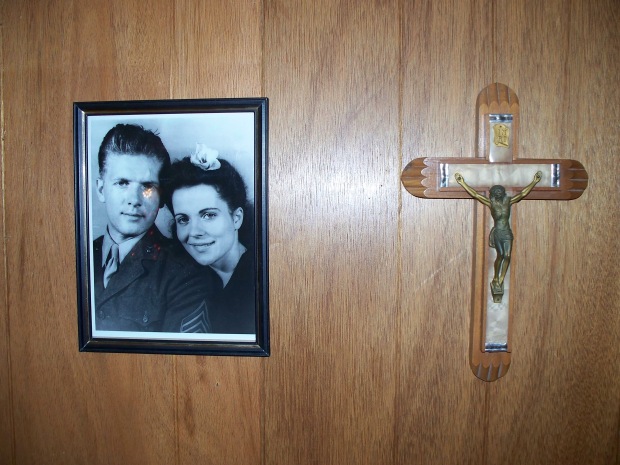 My father fought against Racism  his entire life.  The pen is Mightier than the Sword.   His writings could be used as teaching tools in schools and in Churches.

My father told me about the Kamikaze Pilot Attacks, after the war ended he rarely set foot on a boat and never camped. I can see why after viewing this video.